Cucumber is a summer vegetable grown in many parts of the world. The cucumber plant is a vine with large leaves and curling tendrils. The flowers produced by the plant are yellow and the fruit has many shapes and sizes but generally is a curved cylinder rounded at both ends.

These plants are annual and have one growing season. The cucumber originated from the foothills of the Himalayas in India.

There are a lot of diseases that are found on the cucumber plants and on the cucumber itself. They will destroy the plant and the fruit with their fungus and viruses. They can be on leaves, stems, fruit, and flowers.

What are the General Diseases of Cucumber Plant?

Some of the common diseases on the cucumber plants are belly rot, leaf spots, blight leaf spots, downy mildew, gummy stem wilt, bacterial wilt, and many more. These diseases are mostly seen on the leaves and stem particularly, but some are also seen on the fruits.

There are some common ways through which we can save our cucumber plants from these diseases and they are:

These diseases can be prevented by adopting these methods and continuing to do them so that the viruses don’t spread to the plants every time while gardening. You have to be extra careful if you are growing them in the home garden. Diseases spread like wildfire in the home garden and will also destroy the other plants.

Also Read: Should I Cut Off Yellow Cucumber Leaves?

This disease is caused by a fungus known as Alternariacucumerina. The symptoms of this disease are small, circular, tan spots that appear on the leaves. These spots enlarge themselves into bigger spots and continue to do so until the plant is dead.

The main cause of this disease is bright sunshine, frequent or regular dews and rainfall, and temperatures between 60- and 90-degrees Fahrenheit. These causes also favor the development of the disease and ruin the plant.

The more quickly you identify the disease the plant will be saved and will not die. Identifying proper medication and treatment can save the plant before they are dead.

The prevention and treatment for this disease are to remove and destroy all the plant residues at the end of the gardening season as the fungus survives in the winter season on the plant residue. The disease can be easily spread out through wind, tools, splashing water and insects so be very careful with these carriers.

Crop rotation and seed treatment are also some of the things which will help in preventing this disease. If this disease occurs repeatedly in your home garden or any garden then a preventive fungicide program is advised for it as it may never stop coming and can destroy the whole garden.

Another bight disease on cucumber is known as Gummy stem blight. It is a leaf disease caused by the fungus Didymellabryoniae. This fungus also causes the fruit to rot and is called black rot. This disease is also found in watermelons, cantaloupes, and pumpkins.

The symptoms of this disease are the same as the other blight disease which is tiny tan spots on leaves and they also enlarge themselves until they cover the whole leaf. The stems are spilled into two and form open wounds known as cankers.

These open wounds have a brown gummy substance thus the name of the disease is discovered. The infected stems and the seedlings are dead one after the other and slowly killing the entire vine. Some of the leaf spots have rings around them thus making a target shape on the leaf.

The prevention and treatment for this disease are to remove and destroy all the plant debris as the fungus survives in it. Purchase seed from a reputed source as this disease can also be seed-borne.

Rotation of crops with non-host plants such as corn for more than two years can be an effective solution. Avoid watering the leaves and only focus on the soil. If the disease gets out of hand, then fungicides are also available.

Also Read: How to use Epsom salt for cucumbers?

Another general type of disease that is commonly found in the cucumbers is the Cercospora leaf spot. This disease is caused by the fungus known as Cercosporacitrullina is mostly seen on leaves but can spread to the petioles and stems in a favorable environment.

The spot is circular to irregular shapes and has a light color center with dark margins. The disease doesn’t spread to fruit and if it is that serious then the fruit is either low quality or is smaller in size.

The fungus survives on the weeds and crop debris so, they should be removed and destroyed. The spores are spread by the wind or carried by water. The disease is progress quickly at temperatures between 79 to 90 degrees Fahrenheit and infections on the leaves can occur every 7 to 10 days.

The prevention and treatment of this disease are to avoid overhead irrigation. Water the plants in the early morning hours when the leaves are already wet because of the dew. Remove and destroy the old cucurbit vines and residues as the fungus thrives on them in winters.

Remove every weed in the garden and the area surrounding the garden. Crop rotation also helps in preventing this disease. Don’t plant any cucurbits like melons, cucumbers, and squash for two to three years.

If the disease is serious and is destroying the plants then use fungicides which are advised and some are also available for home gardens.

As the infection spreads, the become brown and mushy in the soil with growing yellow and brown spots. This disease is also popular in other vegetables like squash, pumpkin, watermelon, and other melons.

The prevention and treatment of this disease are to remove the plant debris and destroy them. Chemical ways like fungicides are also advised if the infection spreads more and is uncontrollable.

Also Read: Why Are My Potatoes So Small?

What are some of the common preventive measures that can be taken to reduce these diseases?

Other than using the fungicides and pesticides some of the things that can be done as a preventive measure to reduce these deadly diseases on plants, are as follows:

These were some of the common preventives you can work on in your home garden and any other garden where you have planted cucumbers. The symptoms of these diseases are very harmful so, they shouldn’t be ignored.

All the preventive measures should be taken to control the infection in the plants. These are the tested preventives and they have shown good results on the infection.

The blight diseases are very deadly and should be treated as soon as they are identified. The preventives and treatments are best for removing any blight-related infection and keeping the plants healthy and green. After removing the infection, the plants will grow as usual and will also bear fruits and vegetables. This will also keep the plant healthy and green with the fruits and vegetables being ready to eat. 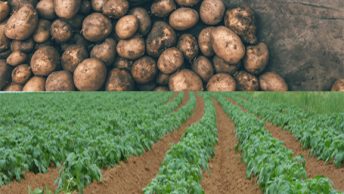 Why Are My Potato Plant Leaves Curling? 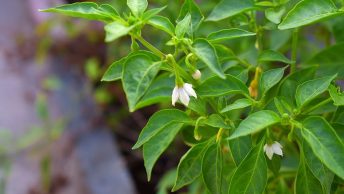 How Many Green Peppers Per Plant? 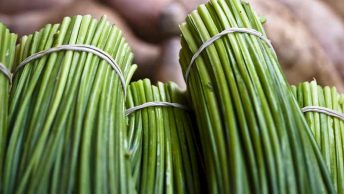 How Much Sunlight Do Chives Need? 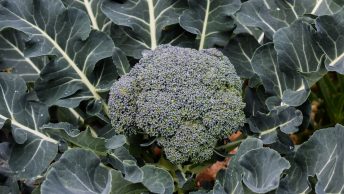 How Many Broccoli Heads Grow On One Plant?

How Long Does It Take to Grow Peppers from Seed? 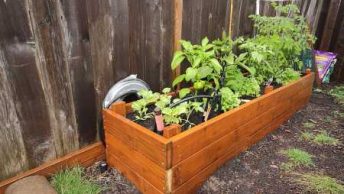 Should I Cut Off Wilted Tomato Leaves?